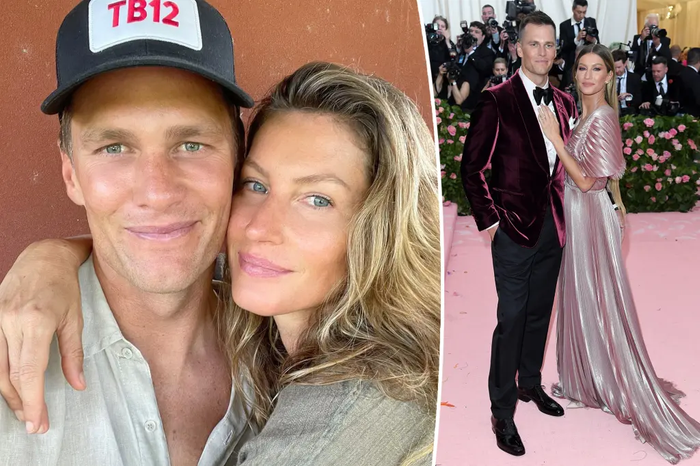 My take on Tom Brady and Gisele Bundchen

There’s been quite a stir lately about the marriage of Tom Brady and Gisele Bundchen. They chose recently to declare to the public they have officially divorced. There has been notable speculation as to; “Who is to Blame”? Certainly, being in the limelight adds challenging components for both Tom and Gisele, as they wish to protect their children, as well respectfully, one another’s’ reputations.

While driving my son to school one day, I was listening to a local radio show. The hosts were talking about this very issue. The trio were discussing the situation and asking one another their opinion, on whom they felt was the most responsible party for the split. Two were most vocal on the radio show. It was the two men in the trio.

One was adamant it was Tom’s fault. “He is to blame for their separation!” He further stated, “He made a promise and did not keep it!” That may be true, but is that the whole story? It does ‘take two to tango', as they say. I would bet probably not. As a couple’s counselor I suspect there have been issues lingering for a while.

While I hear about this divorce, I am thinking about something a little differently. I want to explore this situation from a different angle. The angle is transition. Transition Disorders do have a medical diagnosis. The DSM-5 lists five-types of adjustment disorders, with mixed severities. Criteria in the Diagnostic and Statistical Manual of Mental Disorders (DSM-5), published by the American Psychiatric Association has a list of three-criteria that must be met.

As a couple’s counselor, transition has played a major factor in coming to therapy for couples. The reasons for transition can vary from couple to couple. One of the reasons of trouble with transition is retirement from one’s job. I have seen many couples’ struggle with this same issue.

There can be many reasons for this dilemma. Perhaps they did not make a plan for something to do for this major shift in life. Individuals with anxiety tend to feel guilty when they are not being contributive outside of the home. Even though most likely, no one is keeping records of their activities. They may feel that they look bad to the outside world for wanting to step away from the 9-5. So, what does this have to do with Tom Brady?

Well, he did announce his retirement last year, then surprised the world that he was returning back to the field. In these intense types of positions, people do have difficulty with retiring. Letting go of the everyday fame and accolades that promoted their persona’ and lifestyle. Understandably, something that would cause one to pause on reviewing what is most gratifying for them.

For those retiring from sports, or actors deciding to step away from their profession, can lend itself to bouts of depression; as they receive less attention than previously by fans or those making financial gain from them. Because of course, they are just people also whom most likely once back at home, the spouse and or children are not affording the same kind of praise. Or they do not feel that sense of gratification after a win from a sports event.

This brings to mind military personnel when they return from combat. Some time off is usually afforded so that they can reassimilate and try to decompress. This time is essential as the entire family system needs to try and readjust back to new norms. These types of intensities are not in everyday life. This can be a drastic change in lifestyle. So, after the novelty wears off, the question a person in transition could ask themselves is, “What Now”? This angle of transition is an issue I would have explored in Couples Therapy.

Again, this is speculation. Transitions frequently make things difficult in a marriage. Whose to blame ultimately in this public divorce is not really for others to determine. But it does serve as an example of situations in life that can be a breaking point for many. Compromise is something successful couples utilize to maintain a healthy sense of individuality, as well as strengthen a marriage. In this publicly announced divorce, it does hold the appearance of what was most important to each partner.